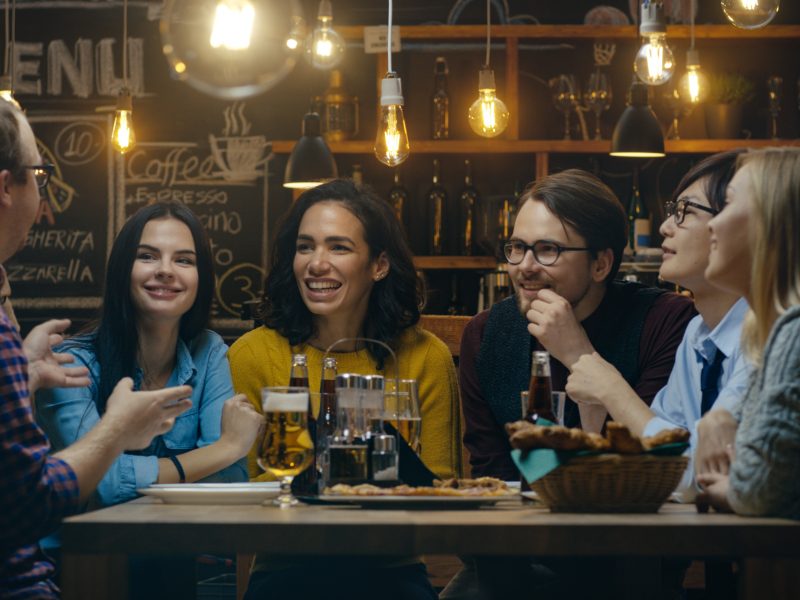 In December 2015, new research1 carried out by the Department of Experimental Psychology at Oxford University confirmed what many pub aficionados already knew.

That is, people who have a local (defined as one particular pub that they habitually visited and where they know the landlord and other customers on a personal basis) are happier and more trusting of others than those who do not have a local. They also felt more engaged with their community.

Conversely those who frequented city centre bars may belong to larger social groups than those in more community-centred pubs, but are less involved with the people they see and have significantly shorter conversations.

But behind the headlines of this study, commissioned by the Campaign for Real Ale (CAMRA), lies another more sobering fact. The study concluded that loneliness is a genuine health risk, twice as deadly as that of obesity.2

Loneliness was especially prevalent in older people with one study reporting that 46 percent of those ages 80 and over reporting being lonely often or some of the time, and 34 per cent of those over 523

A local pub can be a useful weapon in the battle against loneliness whatever your age, ‘says beer writer Pete Brown. ‘‘It is significant that those people who had a ‘local’ had significantly more friends than people who did not have a ‘local’ or did not regularly use pubs

“A good local will be safe, and welcome everyone, whether they are in a large group of youngsters or a pensioner on his or her own and a skilled landlord will encourage conversation, organise inclusive team sports such as darts or skittles and take the time to get to know the name and at least a bit about the history of each of his regulars. ”In short, a good pub should be a refuge for those who are a bit down as well as a place of entertainment for those who are after a fun night out. It is clear from this report that pubs do exactly that and can have a significant part to play in increasing the well-being of the nation.”