Over one in ten (13 per cent) of adults are planning to take part in ‘Dry January’ according to a new survey by ComRes for the British Beer & Pub Association – higher than the 8 per cent who participated in the past.

However, for those without underlying health problems, drinking in moderation, in January and throughout the year, can form part of a healthy, balanced lifestyle. Yet there is surprisingly limited awareness among consumers that lower strength options are available as an alternative to abstaining completely. 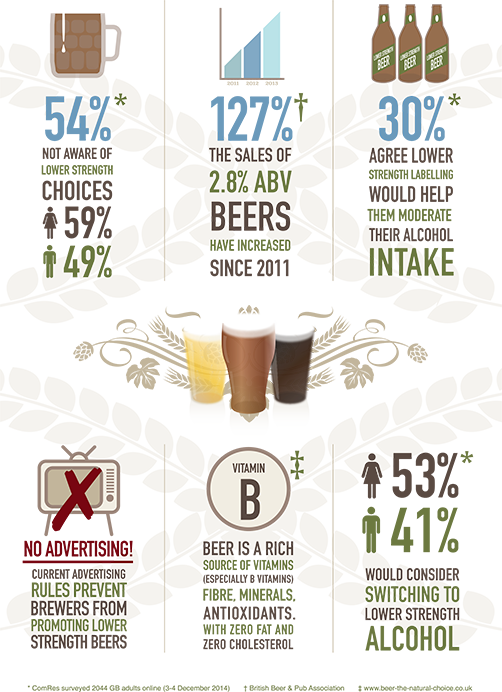 And the survey also discovered a thirst among consumers to be guided towards lower strength choices. The survey found that nearly a third (30 per cent) of adults believe that it would be helpful to have a range of alcoholic drinks labelled as ‘lower strength’ and the same proportion (30 per cent) would consider switching to lower-strength products as a way of moderating their drinking rather than total abstinence.

“Whilst there is still a job to be done in making consumers aware of the lower-strength beers now available, the trends are positive,” says BBPA Chief Executive Brigid Simmonds.

“In the past couple of years, we have seen huge innovation from British brewers in bringing new, lower-strength products to market and giving consumers greater choice. If you want to ensure you drink in moderation this January, there are now many great drinks to choose from.”