Following the excesses of the festive season, many of us decide to abstain from alcohol altogether for the month of January. 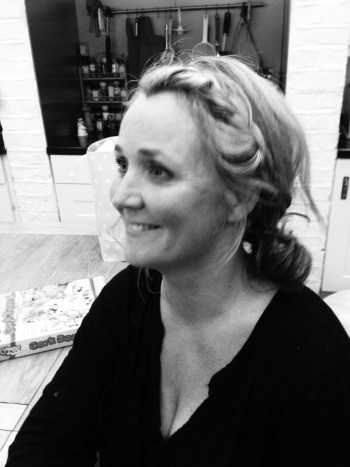 Following the excesses of the festive season, many of us decide to abstain from alcohol altogether for the month of January.  However, many health experts agree that rather than this drastic approach adopting a moderate intake of alcohol over the longer term is actually more beneficial.  We caught up with Dr Kathryn O’Sullivan, PhD BSc Dip Diet & Nutrition, author of the report ‘Beer & Calories, a scientific review’ to discuss the myths around the calorific content of beer and get the facts on moderate drinking.

A . Alcohol provides 7 calories/g compared to 9 calories/g provided by fat and 4 calories/g by protein and carbohydrate. Excessive consumption of any type of alcohol results in extra calorie intake, leading to energy imbalance and therefore weight gain. However,  moderate alcohol consumption does not necessarily lead to weight gain if energy balance is maintained by physical activity and a balanced diet.

A. Beer is commonly perceived as causing a beer belly being high in “empty kcals”. However, moderate beer consumption does not in fact lead to “abdominal fatness” – or the beer belly – and the perception that drinking beer results in a beer belly is not supported by scientific evidence.

Q .Is it best to avoid alcohol altogether?

A. Unless you need to abstain from alcohol for health reasons and only when enjoyed in moderation, there is no reason why beverages such as beer can’t form part of a healthy, balanced diet and lifestyle. There is mounting scientific evidence that moderate beer consumption may also protect against conditions such as heart disease, osteoporosis and diabetes1.  However, it is important to be aware of the current Government guidelines. Log on to:
http://www.nhs.uk/change4life for the latest information.

Q. Does the nutritional composition of alcoholic beverages vary?

A. Beer, like wine, contains essential micronutrients such as vitamins and minerals not typically found in spirits. Beer is rich in micronutrients which are not just provided by the grain but also the yeast used in its production.  The nutritional contribution of the grain is less for spirits than for beer as processing and distillation “strips” it from the end product. Beers and wines are also a source of antioxidants which may be protective against heart disease and some cancers2 – although the types of antioxidants differ not only in concentration but also chemically.  It has been suggested that beer may contain about twice as many antioxidants as white wine but half the amount found in red wine. However the antioxidants in beer are smaller molecules that are more easily absorbed by the body.

Q. How can I keep track of the calories
in drinks?

A. Beer has a relatively low calorific value compared to other alcoholic and non-alcoholic drinks. Looking at some of the nutritional facts, you may be surprised to hear that: